Scrap the Stash II: Winging It

March 23, 2016
Since the beginning of the month, I have been quite happily stitching on my second "scrap the stash" quilt for the year which I have called "Winging It".


.... I had a lot of pre-appliqued quarter circles, pre-cut squares and as always, lots of strips left over.


There are 3 different sizes of machine appliqued quarter circles. 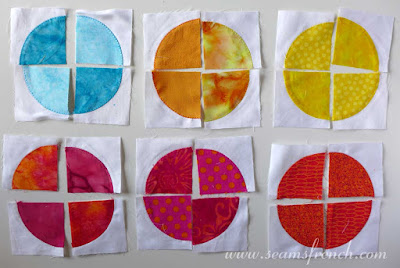 And, a variety of pre-cut squares.


These prepared pieces lent themselves quite easily to evolving into butterflies, so they became the first block for "Winging It". 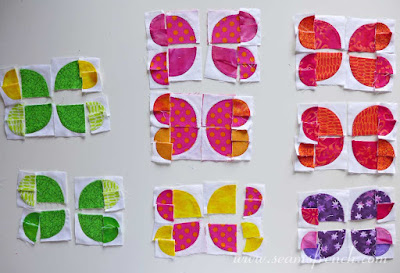 Adding the centre strip for the body makes these butterflies a little different from the ones in the original quilt (see top photo). 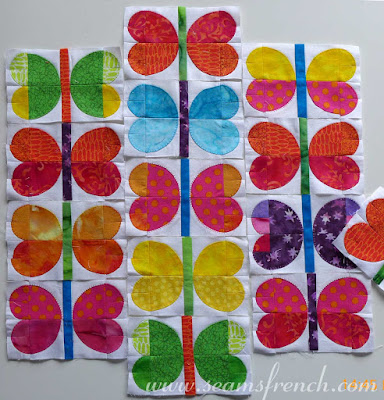 Once I had used up the majority of the sizes and shapes of appliqued quarter circles required to form the above butterfly, I played with the other pre-cuts from this particular stash of scraps and have come up with a few other shapes of winged creatures.  By recutting the larger quarter circles, and the addition of some of the smallest quarter circles as well as the smallest square precuts, .... 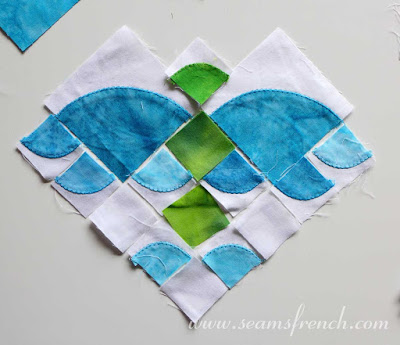 .... I managed to squeak out 3 more birds from the same grouping. 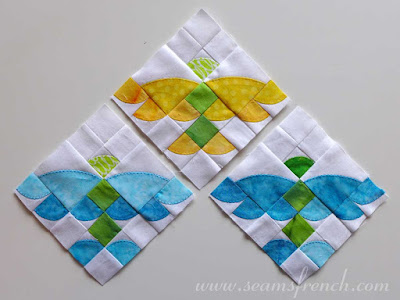 I have 32 blocks finished for the month of March, including 2 other styles of "winged creatures". More on that and some layout ideas next time.
Time to focus on boutis and other quilting for a while.